Guest users are external user accounts that are allowed to use your Office 365 tenant’s resources. Guest users can have access to Microsoft Teams, SharePoint, Planner, Yammer, OneDrive, Microsoft 365 groups, etc.

How to add Guest Users to Office 365?

Guest users can be added to the Office 365 organization in multiple ways. In general,

Guest users have #EXT# in their UPN . For example, Bob from contoso.com was added to fabrikam.com as a guest user. Then Bob has following UPN: Bob_contoso.com#EXT#@fabrikam.com

How to get all guest users in an Office 365 tenant?

So, what is the best way to list all guest users in the Office 365 tenant? As usual, PowerShell is the best option.

The PowerShell cmdlet ‘Get-AzureADUser’ is used to retrieve guest users in the tenant. To list all the guest accounts, run the following.

The result will give plenty of attributes that may unnecessary, and it will not show the guest users’ group membership info. To find guest users’ membership, you need to use the ‘Get-AzureADUSerMembership’ cmdlet.

To ease your work, we have created a PowerShell script to export Guest users along with their most required attributes.

The exported guest user and their membership report looks like the screenshot below:

Step 3: To view all the guest users and their info, run the script as follows.

You can use the above syntax to execute the script with both MFA and non-MFA account.

The script supports advanced filtering params which, helps you to get the report as per your need.

As an admin, it is a good approach to cleanup old guest users if they left the organization or not needed further. It will help to revoke the access given. Depending on your organization’s requirement, you can get the list of stale guest accounts based on the account creation time.

To get old guest accounts, run the script with –StaleGuests param, which will return guest accounts that are older than the given number of days.

This will export Guest users that are older than a year (I.e., 365 days). By referring to this report, admins can remove the old guest accounts.

Office 365 has not given any option to view who created the guest account. So, the admin needs to monitor the newly created guest accounts.

To view the newly created guest accounts, run the script with –RecentlyCreatedGuests param, which will return guest accounts that are created within the specified days.

The above code will export all the guest users that are created in the past 7 days.

As said earlier, this script is scheduler friendly. You can pass the credential as a parameter. So, it will not prompt for username and password during execution.

You can use Windows Task Scheduler for PowerShell scheduled task.

To get detailed guest user reports based on 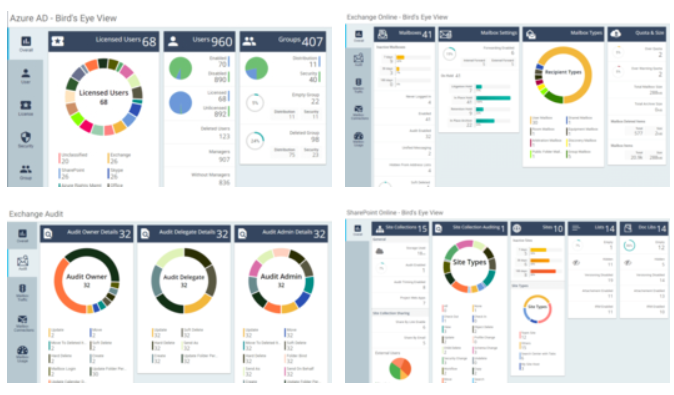 Additionally, AdminDroid offers 100+ reports and dashboards completely for free. It includes reports on Users, Licenses, Groups, Group Members, Devices, Login Activities, Password Changes, License Changes, and more. The free edition doesn’t have any restrictions in reporting functionalities such as customization, scheduling, and exporting. Download Free Office 365 reporting tool by AdminDroid and see how it helps for you.

I hope this blog will you manage and reporting guest accounts in your organization. If you have any queries, reach us through the comment section. 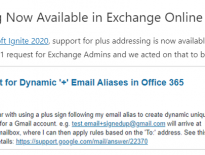 Exchange Online How to Enable Plus Addressing in Office 365 Exchan… 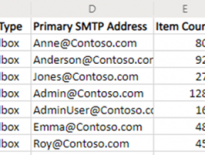