Due to Msol and Azure AD PowerShell module deprecation, administrators should switch to MSGraph PowerShell to manage Office 365 users, groups, and licenses. So, we have upgraded our earlier Office 365 license management script to adopt MS Graph cmdlets.

This script helps admins to manage Microsoft 365 licenses efficiently and effectively. It supports the following actions.

To run this script, you can choose any of the methods given below.

Method 1: Execute the script with MFA and non-MFA account.

Method 2: Execute the script by explicitly mentioning the required ‘Action’.

Method 3: To perform multiple actions without executing the script several times, you can use ‘MultipleActionsMode’ param.

It will show the main menu until you terminate the script by providing input as 0.

Our script supports the following parameters which helps to pass the values as parameters.

With this script, admins can generate 5 different Microsoft 365 license reports.

To get all licensed users in the Microsoft 365 environment, run the script as follows or select the required action from the main menu.

To get a more detailed report, you can check our dedicated blog on the Microsoft 365 users’ license assignment report.

To find users without licenses, execute the script with Action or choose the needed action from the menu.

This report helps to identify unlicensed users and assign the required licenses based on their need.

Get Users with a Specific License Type:

It will list all the users with E3 license. If you are not sure about the license SKU name, you can generate the license usage report using Action 5.

Get All Disabled Users with Licenses:

To optimize license usage, it’s necessary to identify unused licenses. In such case, identifying disabled users with licenses will help you. To get licensed users in the disabled state, run the script as shown below.

This script helps admins to assign and remove license(s) in bulk easily. The script will ask for input CSV file location and the license name to be assigned or removed. At the end, the log file will be generated to know the license assignment or removal status.

Assign a License to Bulk Users through Input CSV:

To assign a license to a list of Microsoft 365 users, you can run the script as follows.

To assign multiple licenses to bulk users, run the script as follows.

It will ask for input file location and licenses to be assigned. You can give multiple license names as a comma separated value. You can refer to the screenshot below for the input format.

Remove All Licenses from a User:

To remove all licenses from a user, run the script as follows.

It will ask for the user’s UPN. After providing the user identity, the script will remove all the licenses from a user.

When you want to cleanup licenses from inactive users or former employees, this would be helpful. With this method, you can remove all the assigned licenses from a list of users.

After executing the above format, the script will ask for input CSV file location. After entering the path, it will remove licenses from the users in the input file.

Remove a Specific License from All the Users:

Due to license usage or cost, admins might switch to another license or subscription. In that case, you can use this method. It will remove a specific license from all the users in the organization.

It will ask for a license to be removed. After entering the license plan, the script will remove that specific license from all users.

This is one of the license optimization techniques. To remove licenses from disabled users, run the script as follows.

You can refer to the log file to know a list of disabled users and their licenses.

AdminDroid provides over 100+ reports and a handful of dashboards completely for free. It includes reports on Users, Licenses, Groups, Group Members, Devices, Login Activities, Password Changes, License Changes, and more. The free edition doesn’t have any restrictions in reporting functionalities such as customization, scheduling, and exporting. For your Azure AD reporting and auditing needs, you can download Free Office 365 reporting tool by AdminDroid and see how it helps for you.

Each report provides AI-powered graphical analysis to gain insights and understand the data in a visually appealing manner.

I hope we have covered most of the use cases to manage Microsoft 365 licenses efficiently. If you have any other requirements, you can reach us through the comment section. 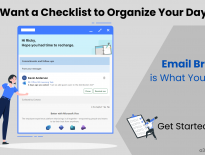 Exchange Online What Is a Briefing email? How To Enable It in the … 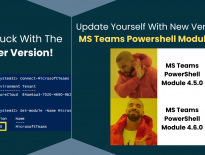