As an admin, monitoring groups and their membership is one of the routine tasks. Most admins prefer PowerShell over Microsoft admin center for better customization. So, let’s see how to get Microsoft 365 group report using PowerShell in this blog.

PowerShell has several cmdlets like Get-MSolGroup, Get-AzureADGroup, Get-UnifiedGroup, Get-DistributionGroup to get group information. Are you confused to pick the correct one? Fear not! We are here to help you. We have created an All-in-One PowerShell script to export groups and their membership details to CSV file.

With the single script, you can generate multiple group reports with the help of advanced filtering options. Here are a few example reports,

Additional Highlights of the Script:

Step 3: To view all the groups and their members’ info, run the script as follows:

After the script execution, both output files will be available in the execution directory.

Note: You can use the above syntax to execute the script with both MFA and non-MFA account.

The group report looks similar to the screenshot below:

The group members report looks similar to the screenshot below:

As earlier said, the script supports advanced filtering params to get the report as per your requirement.

Export all Microsoft 365 Groups and Membership to CSV:

To export all the Microsoft 365 groups, execute the script as follows:

The exported report contains all the group types such as Distribution List, Security Groups, Mail-enabled Security group and Unified groups.

By referring to this report, admin can add or remove user from the group.

Get Members for a Single/List of Groups:

You can use –GroupIDsFile param to get the report for specific group(s) from the input list called “GroupId.txt” and exports all membership into CSV.

To get group report and membership report for specific groups, pass an input file with a GUID of groups.

The GroupIDsFile must follow the format below:  Group identity separated by new line without a header.

The report helps you to get the groups that have more than an ‘N’ number of members. To get this report, you can execute the script with –MinGroupMembersCount param.

The above script exports all groups that have more than 50 members.

Security groups are used for granting access to Microsoft 365 resources. To export security group report, you can run the script with –Security param.

By referring group membership report, you can view the users who has rights and access to SharePoint sites and CRM Online.

Distribution lists are used for sending notifications to a group of people. To export distribution group and their membership, you can use –DistributionList param while executing the script.

The above script lists all the distribution groups and their members’ info.

You can also check our dedicated script on the Distribution Group membership report for a more detailed report.

This type of group works as regular security along with the ability to send mail to its members. To get a list of all the mail-enabled security groups, execute the script with –MailEnabledSecurity param.

The script exports mail-enabled security groups info and membership to the CSV file.

To get an empty group report (i.e., groups without members), execute the script with –IsEmpty param.

By referring to this report, you can delete unused/inactive groups in your tenant.

As said earlier, this script is scheduler friendly. You can pass the credential as a parameter. So, it will not prompt for username and password during execution.

You can use Windows Task Scheduler for PowerShell scheduled task.

To export a more granular group report, you can use multiple filters (i.e., params and switches). I have given few examples below.

Microsoft 365 groups are helpful when you want to give access/ send information to multiple people. Adding people to the group automatically gives them the permission they need. Apart from the groups, you can also use shared mailbox membership when multiple people want to access the same mailbox.

To get more detailed group reports based on 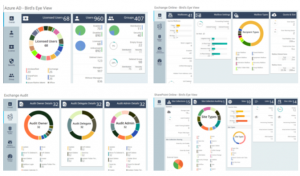 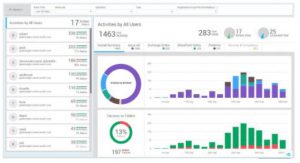 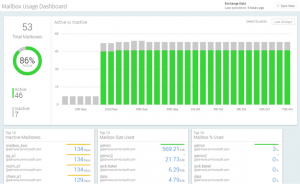 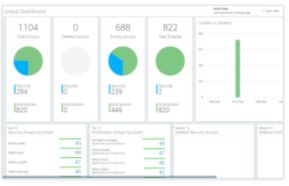 Besides, AdminDroid provides over 100+ reports and dashboards completely for free. It includes reports on Users, Licenses, Groups, Group Members, Devices, Login Activities, Password Changes, License Changes, and more. The free edition doesn’t have any restrictions in reporting functionalities such as customization, scheduling, and exporting. Download Free Office 365 reporting tool by AdminDroid and see how it helps you.

I hope this blog will help you in managing group membership in your organization. 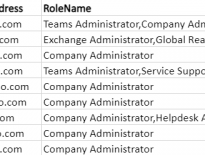 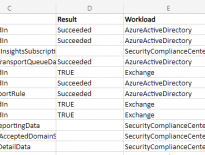